The program consists of two parts.

15.00 – 16.00 Tour to the OBA library
A tour to the Polish children’s book collection of Huis van Alle Talen. Selected fragments of the book Peter Pan by J.M Barrie will be read in Polish by Jadwiga Czepelak.

16.00 – 18.15 Dracula (audio: EN, subtitles: NL)
Director: Francis Coppola
Music Wojciech: Kilar
This film is known for its beautiful and dramatic music that, alongside the acting of such stars as Gary Oldman, Keanu Reeves, and Winona Ryder, leaves a lasting impression on the viewers.

We will close the day with a film music concert performed by Polish jazz singer Anka Kozieł.
Part 2: Ticket € 12.50 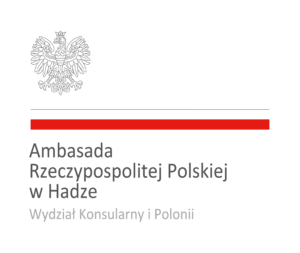 Polish Culture
info[at]polishculture.nl
We use cookies on our website to give you the most relevant experience by remembering your preferences and repeat visits. By clicking “Accept”, you consent to the use of ALL the cookies.
Cookie settingsACCEPT
Manage consent

This website uses cookies to improve your experience while you navigate through the website. Out of these, the cookies that are categorized as necessary are stored on your browser as they are essential for the working of basic functionalities of the website. We also use third-party cookies that help us analyze and understand how you use this website. These cookies will be stored in your browser only with your consent. You also have the option to opt-out of these cookies. But opting out of some of these cookies may affect your browsing experience.
Necessary Always Enabled
Necessary cookies are absolutely essential for the website to function properly. This category only includes cookies that ensures basic functionalities and security features of the website. These cookies do not store any personal information.
Non-necessary
Any cookies that may not be particularly necessary for the website to function and is used specifically to collect user personal data via analytics, ads, other embedded contents are termed as non-necessary cookies. It is mandatory to procure user consent prior to running these cookies on your website.
SAVE & ACCEPT